Grand Master Neal Hardy, the Chief Instructor of Fire Dragon Australia, commenced training in Pai Lum Kung Fu at the age of 28 in 1982. He was inspired by ideals of striving, helping others, and self-mastery, but when he started, asked all the wrong questions. In time, he learned how better to seek knowledge, and gained some understanding of himself. From a man who was not at peace with himself, in any sense, he grew to like himself, and to make his dreams come true. In time, he learned enough about the Way to teach others, and became an instructor, although he had not started training with that aim.

One dream he had was to return to Australia, where he had grown up, and share with others what the Way of the White Dragon had given him. Like many dreams, it took a while to become a reality, but in February 1995, he opened formal classes after some years of teaching privately. He acknowledges that establishing and maintaining a martial arts school is the greatest and most demanding challenge he has faced, but welcomes it. It is time to repay the debt to all those who helped him understand - and to give back to the Dragon. 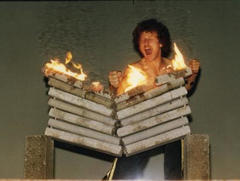 Strength of mind, body and Ch'i

He is still actively pursuing knowledge in the Way, learning from his Instructor Pai Shinzan, Thomas D. St Charles, Grandmaster of the Shaolin White Dragon Society, from other martial artists, both in the Pai Family, and in other styles, and of course, from his students. 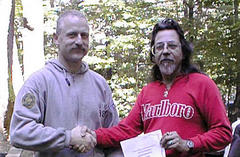 Grand Master Hardy was given 10th Higher level in the Shaolin White Dragon Society by his late teacher Pai Shinzan (who was head of that Pai Lum Family Art) in 2011, and was given the name Pai Lung Tsai Hsia by his teacher, who recognised him as 3rd Generation adopted Grandson of the late Grandmaster Daniel Pai in 2003. On 4.7.2015, Bai, Xue Long recognised Grand Master Hardy as 7th Higher Level in Fire Dragon Florida. 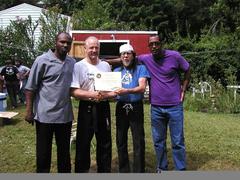 Master Hardy is presented with his Masters Certificate by Pai Shinzan, with Master Harris (left) and Master Sanders (right)

Grand Master Hardy commenced training with Sifu, later Master Murray Beatts, who at the time was a student of (then) Master Thomas St Charles, Pai Shinzan in November 1981. He attended courses by (then) Master St Charles and was graded to 1st Level Black Belt by him on 13 May 1986.

On the retirement of Master Beatts from the martial arts, then Sifu Hardy approached Pai Shinzan, who had become Grandmaster of the Shaolin White Dragon Branch of the Pai Family, to accept him as his student. Grandmaster St Charles did accept him.

He was promoted to 4th Level Master by Grandmaster St Charles in 2003, and in 2005 was promoted to 5th Level Master Teacher, and awarded the rank of Grandson. He is thus 3rd generation Grandson, with the name Pai Lung Tsai
Hsia. In October 2009, Grandmaster St Charles took the unusual step of promoting Master Hardy to 7th Higher Level. And on 14.11.2011, Pai Shinzan recognised Master Hardy as Australian Grand Master in the Shaolin White Dragon Society – 10th Level.

Grand Master Hardy has also trained with the following Pai Lum Family members (though does not claim exhaustive training): 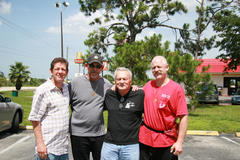 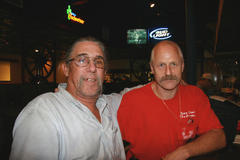 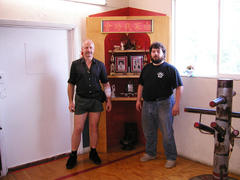