Your Instructors are not only qualified to teach you Pai Lum Kung Fu, but also hold coaching qualifications with the national Australian Coaching Council.

In Fire Dragon Australia, your teachers are: 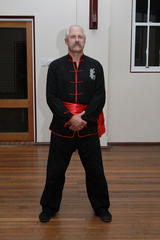 Master Neal Hardy is Chief Instructor of Fire Dragon Australia. He has been training since 1981, earning his Black Belt in Ireland in 1986. Master Hardy commenced public classes in Pai Lum Kung Fu in Canberra's Inner North in 1995. He is now a 10th Higher Level and Grand Master of the Shaolin White Dragon Australian Branch.

Grand Master Hardy is attracted not only by the breadth of Pai Lum Kung Fu techniques and approaches to defence, but also by its philosophy, which is a Way to live, and, ultimately, die.

Grand Master Hardy teaches most classes at the Ainslie Club (unless he is out of town), offers private lessons, and runs day and half day courses in Pai Lum Kung Fu throughout the year. 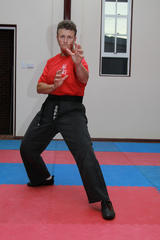 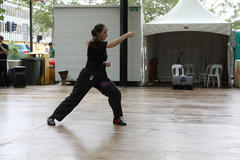 Shr Fu Bean has trained since 1998, and became a Student Instructor in 2006. Shr Fu Bean understands the strength that Pai Lum can give, which adds to her capacities as a professional teacher. Though not large in size, Shr Fu Bean demonstrates enormous courage, and the ferocity of the Leopard. She needed and demonstrated this to earn her Black Belt on 17 July 2011. 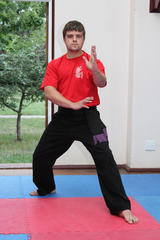 Shr Fu Bernard Kilimnik commenced training in 2000, the Year of the Dragon, and has pursued the Way, despite occasional setbacks, with great determination.

He recognises the importance of training not just for physical excellence, but also because it enables self mastery.

Shr Fu Kilimnik earned his Black Belt in Connecticut in 2015, and his 2nd Higher Level in 2019. 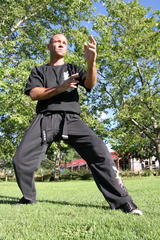 Shr Fu Cochrane is Grand Master Hardy's only full time private student, and knows well the benefits of training, commitment and practice. He gained his Black Belt in December 2015.

Shr Fu Cochrane runs Canberra's only specialist hedging business, and cuts his hedges as straight as an arrow! 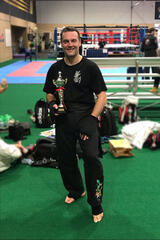 Wasu Thow became a Student Instructor in 2018. He enjoys competing in all-styles tournaments in various sparring and forms events. Wasu Thow has realised the importance of practice and the value he gains in all aspects of his life. He balances the demands of work with looking after his young family and his training. 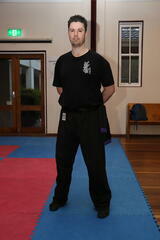 Wasu Rose became a Student Instructor in 2018, with a great enthusiasm to learn how to teach. Despite sometimes very demanding work requirements, he trains often in his pursuit of the Way.