November 2001 was a busy month! Fire Dragon held a demonstration, helping out the Majura Community Centre, on November 4th. As usual, our efforts were greatly appreciated, with Matt - the Rock - getting everyone's attention with a good clean break of six concrete slabs. Club members took the audience through beginners techniques including some well executed self defences, through a number of forms, some sparring, and finishing with Sifu Hardy breaking concrete (with a left hand palm strike, through fire). 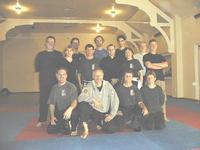 At the National All Styles Tournament of 19 November, there was only one Fire Dragon competitor, but she, Ingrid Bean, did the Club proud! In an excellent display of courage and ability, Ingrid came second in the Women's Intermediate Forms and Point Sparring competitions, against often more experienced competitors! Well done!!

A big smile from Ingrid, with her well earned trophies. 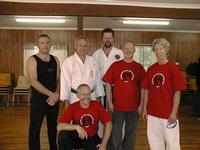 It was a full on weekend, from arrival at 10.00 am Saturday until departure at 5.00 pm Sunday. The coursework included a comparison of basics between styles including stances, an examination of how animals relate to Martial Arts and Martial Artists, weapons work, approaches to competition, and a very informative session on Chinese Massage run by Dr Hui Min Wang. 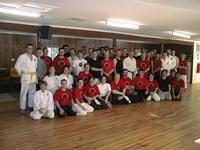 The students and Instructors of the Camp

After the Camp, Fire Dragon bid a fond farewell (for six months at least) to Francis Micaelis, who left for a stay in the USA, to pursue academic and professional opportunities. We wish Francis much fun, and a safe return! 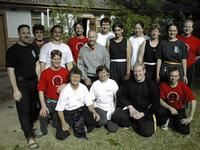 Fire Dragon participants at the Camp, with Francis second from left in the front row

To round the year off, the annual Fire Dragon Christmas Dinner was held on 9 December, with a good attendance. Pierre Skorich was presented with the annual Niket Rewal Award for his dedication to the Way of the White Dragon, and other students, including Ma Gai, Stephen Wells, Ingrid Bean and Kristeen Newell thanked for their help to the Club. 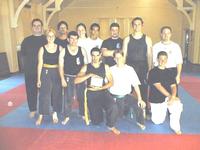 All enjoyed a very good meal at one of the local Chinese restaurants, with classes continuing until the 20th. A full and rewarding year - well done all!! 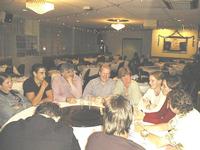 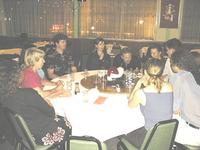 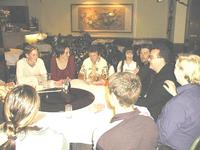 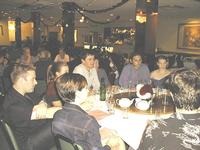 Pictures from the annual Christmas Dinner